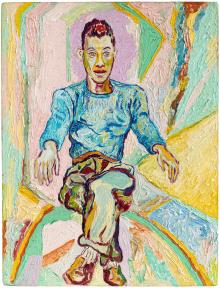 ***CANCELED*** Tonight's public lecture with Professor Jacqueline Goldsby has been cancelled due to illness. We apologize for the inconvenience. We'll reschedule this talk for a later date.

James Baldwin’s Creative Process: Theorizing the 1941 Manuscript of Go Tell It on the Mountain

Jacqueline Goldsby is the keynote speaker at the 2021-22 Great World Texts in Wisconsin student conference, which takes place on Monday, April 4, 2022. This year, high school teachers and students throughout the state will read and engage with James Weldon Johnson's 1912 novel The Autobiography of an Ex-Colored Man. As part of the program, Goldsby will deliver this special virtual Humanities Without Boundaries lecture, which is free and open to the public. This virtual event is presented in partnership with the UW-Madison Center for Humanities. Please register in advance here: https://uwmadison.zoom.us/webinar/register/WN_e0_gi1pTTWmbJkP_4gFpMw

Biographers and critics have long accepted James Baldwin’s account of how he ended the writing block that stymied his first novel, Go Tell It on the Mountain (1953). In the all-white village of Loèche-les-Bains, Switzerland, Baldwin recounted, and critics agree, the novel’s elusive core came into Baldwin’s grasp as he listened to Bessie Smith’s blues singing.

In her lecture, Professor Goldsby probes beyond this critical consensus, to trace a multi-medium field of influence on Baldwin’s deservedly-lauded masterpiece. Starting with Baldwin’s “creative process” (an important and less-studied 1962 essay), together with Baldwin’s understudied 1941 manuscript draft of the novel, Goldsby argues that Baldwin’s immersion in visual arts during the 1930s and 1940s—cinema, photography, painting, and printmaking—proved central to his revisions of “Crying Holy” into the work we now know as Go Tell It on the Mountain. The formal innovations that distinguish the published text—young John Grimes’ interiorized struggle with his faith and sexuality; the novel’s dilatory scope of time; and the reader’s interpellation into the social world of the text—follow from Baldwin’s engagements with these visual arts as much as blues music. Theorizing Go Tell It on the Mountain as a multi-medium text, Goldsby challenges the origin story scholars and critics have used to canonize Baldwin’s first novel.