Adam Fell’s Catastrophizer is an ecopoetic indictment of America’s dereliction of environmental and humanitarian duty. Fell's poems seethe with the anger and glimmer with the hope and compassion of a new father, shattering language to evoke our shattered age of division, disinformation, self-destruction, and climate change.

Daniel Khalastchi’s third collection provides an uncompromising exploration into the political and societal disturbances facing America today. Electioneering, lack of affordable health care, the increase in mass shootings, and the continued fight for equal rights are juxtaposed against an unlikely sense of hope and optimism. Lurking behind each page is the ever-present issue of immigration, with specific focus on the escape of the author’s father from Iraq and the pressures linked to living as an Arab Jew in the middle of the United States.

Through unnerving gallows humor and radical honesty, these poems redefine the American experience by asking the reader to consider what it means to live in the shadow of a perceived sense of freedom and to have faith when believing feels hopeless. Khalastchi’s perspective as an Iraqi Jewish American brings sharp focus to the holistic uncertainties of religion, politics, assimilation, illness, love, and loss—with absurd, visceral, and wry acclaim.

Useful Junk is an epistemological exploration of how the body sees and is seen. These poems, made up of our most intimate moments, serve as meditations on the ways technology reframes memory and self-image, reminding us that pleasure is a vital form of knowledge, and that desire—at the root of so many of our embodied experiences—keeps us alive. 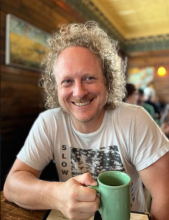 Adam Fell is the author of Catastrophizer, winner of the 2022 Sixth Finch Chapbook Contest, and two books of poetry: Dear Corporation, (Forklift Books 2019) and I Am Not A Pioneer, winner of the 2011 Posner Poetry Book Award from the Council for Wisconsin Writers. He has had more than thirty poems published in various journals and magazines, and is an Associate Professor of English at Edgewood College in Madison, WI, where he curates the Monsters of Poetry reading series. 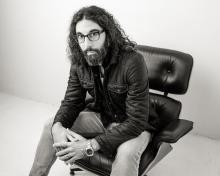 Daniel Khalastchi is an Iraqi Jewish American. A graduate of the Iowa Writers’ Workshop and a former fellow at the Fine Arts Work Center in Provincetown, he is the author of three books of poetry—Manoleria (Tupelo Press), Tradition (McSweeney’s), and American Parables (University of Wisconsin Press, winner of the Brittingham Prize in Poetry).

Recent Book
American Parables
Get from a Library
Purchase 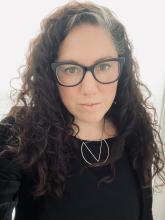 Erika Meitner is the author of six books of poems, including Ideal Cities, which was a 2009 National Poetry series winner; Copia; and Holy Moly Carry Me

Recent Book
Useful Junk
Get from a Library
Purchase