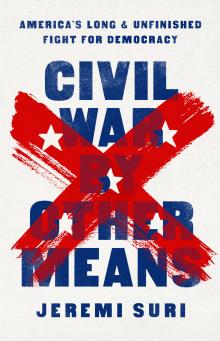 Civil War by Other Means

In 1865, the Confederacy was comprehensively militarily defeated, its economy shattered, its leaders in exile or in jail. Yet in the years that followed, Lincoln’s vision of a genuinely united country never took root. Apart from a few brief months, when the presence of the Union army in the South proved liberating for newly freed Black Americans, the victory was squandered. Old white supremacist habits returned, more ferocious than before.

In Civil War by Other Means, Jeremi Suri shows how resistance to a more equal Union began immediately. From the first postwar riots to the return of Confederate exiles to the impeachment of Andrew Johnson to the highly contested and consequential election of 1876, Suri explores the conflicts and questions Americans wrestled with as competing visions of democracy, race, and freedom came to a vicious breaking point.

What emerges is a vivid, and at times unsettling, portrait of a country striving to rebuild itself, but unable to compromise on or adhere to the most basic democratic tenets. What should have been a moment of national renewal was ultimately squandered, with reverberations still felt today. The recent shocks to American democracy are rooted in this forgotten, urgent history. 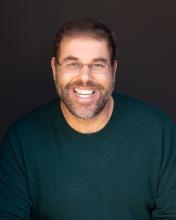 Jeremi Suri holds the Mack Brown Distinguished Chair for Leadership in Global Affairs at The University of Texas at Austin. He is a professor in the university's Department of History and the LBJ School of Public Affairs. Dr. Suri is the author and editor of eleven books on contemporary politics and foreign policy, most recently, The Impossible Presidency: The Rise and Fall of America’s Highest Office.