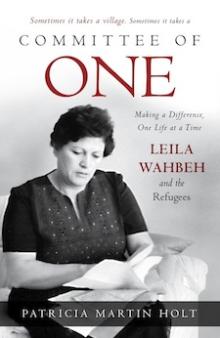 The Wisconsin Book Festival, in partnership with the Madison-Rafah Sister City Project presents Patricia Holt to discuss her book, Committee of One.

When Patricia Holt married a retired hydrologist, she had no idea how our travels to the Middle East would change her perspective. Initially interested in the fine crafts of the area, Holt was led to Leila Wahbeh.  Wabneh's story unfolds with her family’s flight from Jerusalem to Egypt in 1947 to avoid the terrors of the war with Israel, and their return four years later to find they had lost everything. Despite suffering terrible hardships and deprivations, Leila finishes school and marries a doctor. All goes well until the 1967 War. Her husband, because he renders aid to war victims, is deported, leaving Leila and their four children in Jerusalem as pawns for his good behavior and hers. Despite the probability of her own imprisonment, with circumstances weighed against her, she continues her crusade for the poor. Leila moves mountains of red tape in her efforts to transform the helpless into the helpful. You’ll meet, as I did during our stays, some of the people whose dignity and pride she has single-handedly restored: Um Rafila, born in a cave as her mother fled her village in 1948; Um X who cannot read or write but whose ten children will graduate from college; Um Ghassan, whose piecework provides the medical care needed by her dying pre-school daughter; and Mustafa, a young engineer, who is jailed for preventing renewed garbage dumping at the first cleared site for Leila’s new sanitation center in Baqa’a Camp. With unflagging energy and donations of money and materials, Leila helps her people to become self-sufficient. One family survives, then one hundred. As those one hundred educated families reach out to hundreds more, thousands of families cross the bridges built by a Committee of One. 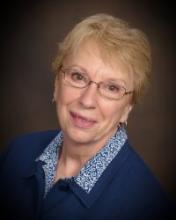 Patricia Martin Holt is an American author living and writing in Atlanta, Georgia. Her debut non-fiction book, Committee of One: Making a Difference, One Life at a Time, is a story of survival, heroism, courage and determination. Her writing has received several awards.

Recent Book
Committee of One
Purchase