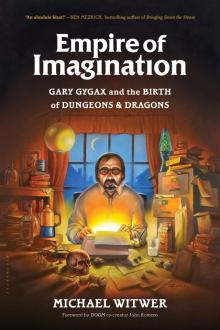 The pioneering biography of geek and gaming culture's mythic icon, Gary Gygax, and the complete story behind the invention of Dungeons & Dragons. Empire of Imagination is the dynamic life story of Gary Gygax, from his childhood in Lake Geneva, Wisconsin, to his untimely death in 2008. Gygax's magnum opus, Dungeons & Dragons, would explode in popularity throughout the 1970s and '80s and irreversibly alter the world of gaming. D&D is the best-known, bestselling role-playing game of all time. Gygax's involvement in the gaming industry lasted long after his dramatic and involuntary departure from D&D's parent company, TSR, and his footprint can still be seen in the genre of gaming that he is largely responsible for creating. But as Witwer shows, perhaps the most compelling facet of Gygax's life and work was his unwavering commitment to the power of creativity in the face of myriad sources of adversity—cultural, economic, and personal. With a narrative-driven style that elegantly captures the drama of those early days of D&D, Witwer has written an engaging chronicle of the life and legacy of this emperor of the imagination. This appearance is part of International Games Day at Madison Public Library's Central Library. 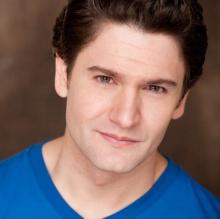 Michael Witwer is author of the critically acclaimed Empire of Imagination: Gary Gygax and the Birth of Dungeons & Dragons. He holds degrees from Northwestern University and the University of Chicago and has a diverse professional background that has ranged from his current position as Marketing and Proposal Director of a national healthcare services firm, to significant work in the geek and gaming markets.

Recent Book
Empire of Imagination
Get from a Library
Purchase