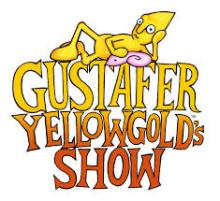 The New York Times describes Gustafer Yellowgold as "a cross between Yellow Submarine and Dr Seuss." Join us in the Central Library Community Room for this very special performance for children of all ages. 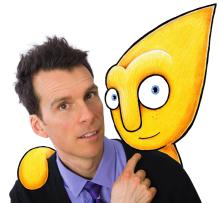 Since his creation by Morgan Taylor in 2005, Gustafer Yellowgold has become an international phenomenon, acclaimed by The New York Times, which described Gustafer as “A cross between ‘Yellow Submarine’ and Dr. Seuss.” Entertainment Weekly praised “...The most infectious original songs. It’s like tapping into some pleasure center in the brain- both adult and kid...absurdly appealing.” “Mint Green Bee” from Gustafer Yellowgold’s Wide Wild World was a Grand Prize Winner in the John Lennon Songwriting Contest.