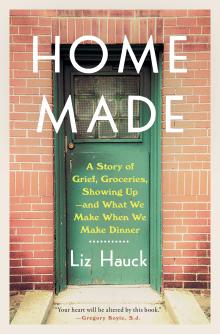 Liz Hauck and her dad had a plan to start a weekly cooking program in a residential home for teenage boys in state care, which was run by the human services agency he co-directed. When her father died before they had a chance to get the project started, Liz decided she would try it without him. She didn’t know what to expect from volunteering with court-involved youth, but as a high school teacher she knew that teenagers are drawn to food-related activities, and as a daughter, she believed that if she and the kids made even a single dinner together she could check one box off of her father’s long, unfinished to-do list. This is the story of what happened around the table, and how one dinner became one hundred dinners.

“The kids picked the menus, I bought the groceries,” Liz writes, “and we cooked and ate dinner together for two hours a week for nearly three years. Sometimes improvisation in kitchens is disastrous. But sometimes, a combination of elements produces something spectacularly unexpected. I think that’s why, when we don’t know what else to do, we feed our neighbors.”

Capturing the clumsy choreography of cooking with other people, this is a sharply observed story about the ways we behave when we are hungry and the conversations that happen at the intersections of flavor and memory, vulnerability and strength, grief and connection. 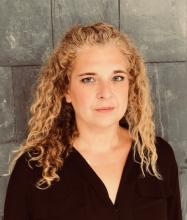 Liz Hauck is an educator and writer from Boston, Massachusetts. She has worked in three schools and one hospital, and her community service projects have included teaching literacy in a shelter for people surviving homelessness, digging an outhouse on a mountain in Virginia, and cooking with teenagers who were in state care. She’s currently completing her Ph.D. in educational policy studies and history at the University of Wisconsin-Madison, and she holds a B.A. and M.Ed. from Boston College. Home Made is her first book.

Recent Book
Home Made
Get from a Library
Purchase

Emily Maloney is the author of COST OF LIVING, an essay collection now out from Henry Holt, about her transformation from patient into EMT and in the pharmaceutical world, set against the backdrop of the failure of the American healthcare system. Her work has appeared in the Washington Post, Glamour, Virginia Quarterly Review, The Atlantic, the North American Review, and the American Journal of Nursing.

Recent Book
Cost of Living
Get from a Library
Purchase