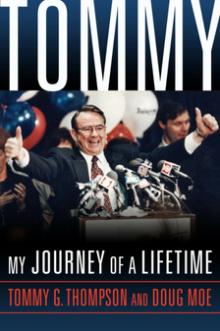 Tommy: My Journey of a Lifetime

The many facets of Tommy G. Thompson—small-town grocer's son, brash campaigner with a common touch, shrewd political strategist, savvy policy wonk, and ebullient promoter of Wisconsin—come across vividly in these pages. Thompson, with journalist Doug Moe, traces his journey from boyhood to politics to the world stage, including his unprecedented four terms as Wisconsin governor, his service as a cabinet secretary under President George W. Bush, and his continuing work in global efforts to fight AIDS, tuberculosis, and malaria.

Personal and revealing stories punctuate the biographical details and policy discussions. Here is Tommy as a young man, just happening to be on the National Mall in 1964 when Dr. Martin Luther King told the nation "I have a dream." Here is Tommy as Wisconsin governor, struggling to start a Harley-Davidson motorcycle before leading "a pack of Hell's Republicans" on a ride through the state. Here is Tommy in Washington after the 9/11 attacks, slipping out of a secure bunker (in defiance of orders) to aid the emergency medical response.

Thompson speaks candidly of his achievements and regrets, including his involvement with welfare reform, school choice, land conservancy, prisons, the financing of Miller Park, stem cell research, and health insurance. 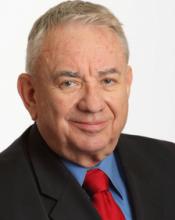 Tommy G. Thompson holds the record as Wisconsin's longest-serving governor, from 1987 to 2001, when he accepted an appointment as Secretary of Health and Human Services in the cabinet of President George W. Bush. 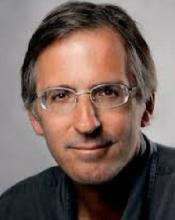 Doug Moe is a longtime Wisconsin journalist and biographer. His numerous books include The World of Mike Royko and Lords of the Ring: The Triumph and Tragedy of College Boxing's Greatest Team.